In order to achieve the stated project goals and to drive forward Europeans leading position in vehicle research and development, European key players from the automotive domain have bundled their forces to form the ADVICE consortium, which consists of 20 partners from eight different European countries. The experience of involved OEMs from three different countries (VCC, CRF, GM), Tier1 suppliers (AVL, AVL Schrick and FEV), and other major industrial partners (SIE, IFAG) regarding vehicle development and exploitation as well as the tight link to standardization bodies significantly impacts the success of this project initiative on European level.

The ADVICE consortium is appropriately balanced and has reached the critical mass to successfully combine broad industrial knowledge with a solid scientific foundation. The project is strongly industry-driven which is reflected by the involvement of 8 large enterprises and a balanced mix of SMEs, universities and applied research institutions.

The ability of the consortium to achieve the claimed project goals is supported by the fact that all partners have been successfully involved in, and are currently conducting, national and international research and development projects in related fields. Also, some of the consortium members have previously worked and are currently working together on joint research projects and, thus, have well established communication routes between them, which are vital to the success of the project.

ADVICE will be coordinated by VCC which has already gained a lot of experience as a coordinator in previous FP6, FP7 and ARTEMIS projects. 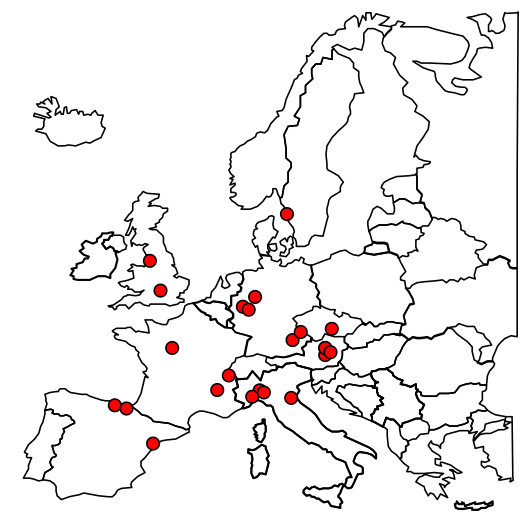 The partners of ADVICE are: